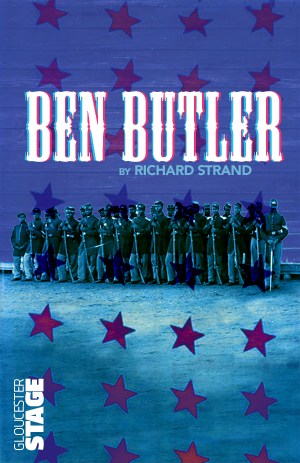 Made possible by Kathe & Allan Cohen

Immerse Yourself in Butler!

Richard Strand’s Ben Butler, a smart and funny discourse on race, protocol and our sense of humanity, garnered high critical acclaim during its Off Broadway run in 2016. The sharply comic play takes place in the middle of the Civil War, 1861 at Virginia’s Union-held Fort Monroe under the command of General Benjamin Butler. When three escaped slaves show up seeking sanctuary, General Butler is faced with an impossible moral dilemma – follow the letter of the law and return the escapees back to the Confederacy, or make a game-changing move that could alter the course of US history? The bold and bright refugee, Shepard Mallory demands an audience with General Butler and what ensues is a battle of wits between two equally formidable men at the edge of a country ripped in half.

One of Abraham Lincoln’s top generals, Benjamin Butler, a lawyer, championed the causes of labor, abolition of slavery, and naturalized citizens. After retiring from the battlefield, Butler was a settler of Gloucester’s Bayview neighborhood (present-day Ames Estate still inhabited by Butler’s descendants), a presidential candidate, and the 33rd Governor of Massachusetts.

Joseph Discherº who helmed the show’s world premiere production in 2014 and the Off Broadway production in 2016, makes his GSC directing debut with Richard Strand’s Ben Butler, runs from August 2 through August 25. Performances are Wednesday through Saturday at 7:30 pm and Saturday and Sunday at 2:00 pm at Gloucester Stage Company, 267 East Main Street, Gloucester, MA. 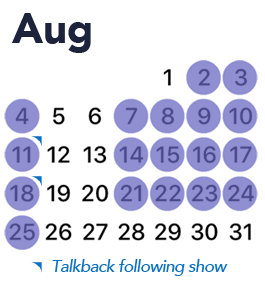 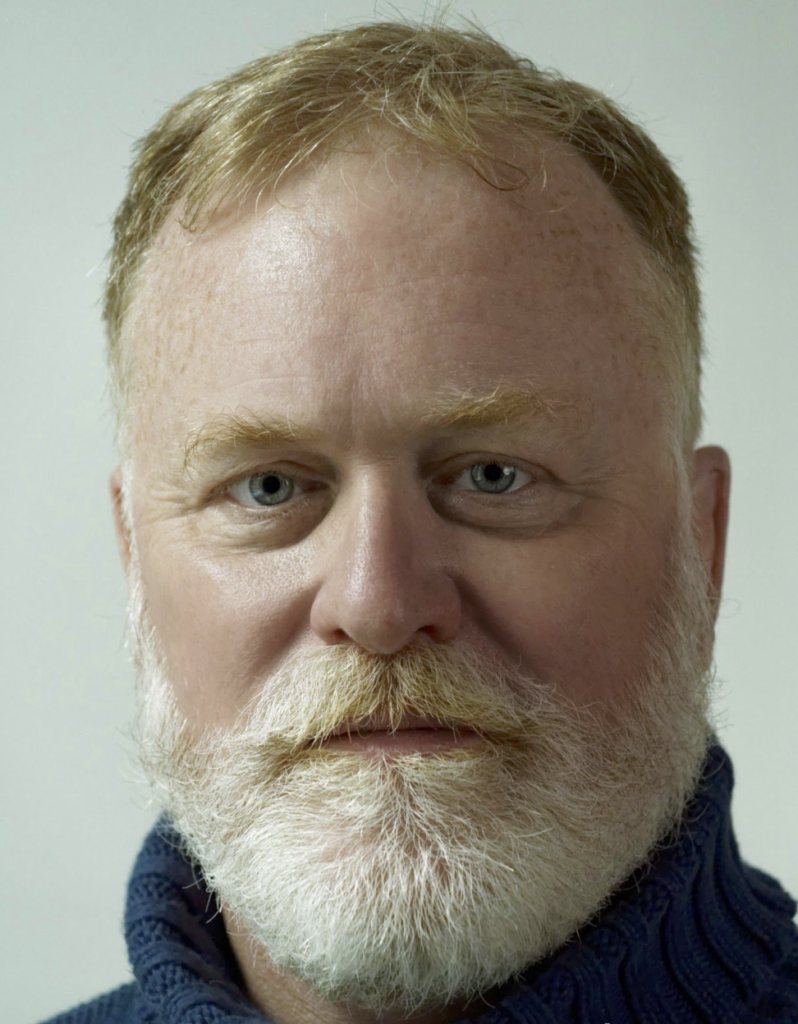 AMES ADAMSON* (Ben Butler) is gleefully reprising his role for the third time in his Gloucester Stage debut.  He originated the role at the New Jersey Repertory Company, and again Off-Broadway at 59E59TH Theatres two seasons ago.  His recent regional theater credits include The Winter’s Tale and Blithe Spirit at the Shakespeare Theatre of New Jersey (where this December he will appearing as Scrooge in Neil Bartlett’s Charles Dicken’s A Christmas Carol), Ne Quittez Pas at Opera Philadelphia, The Christians at The Wilma also in Philadelphia. 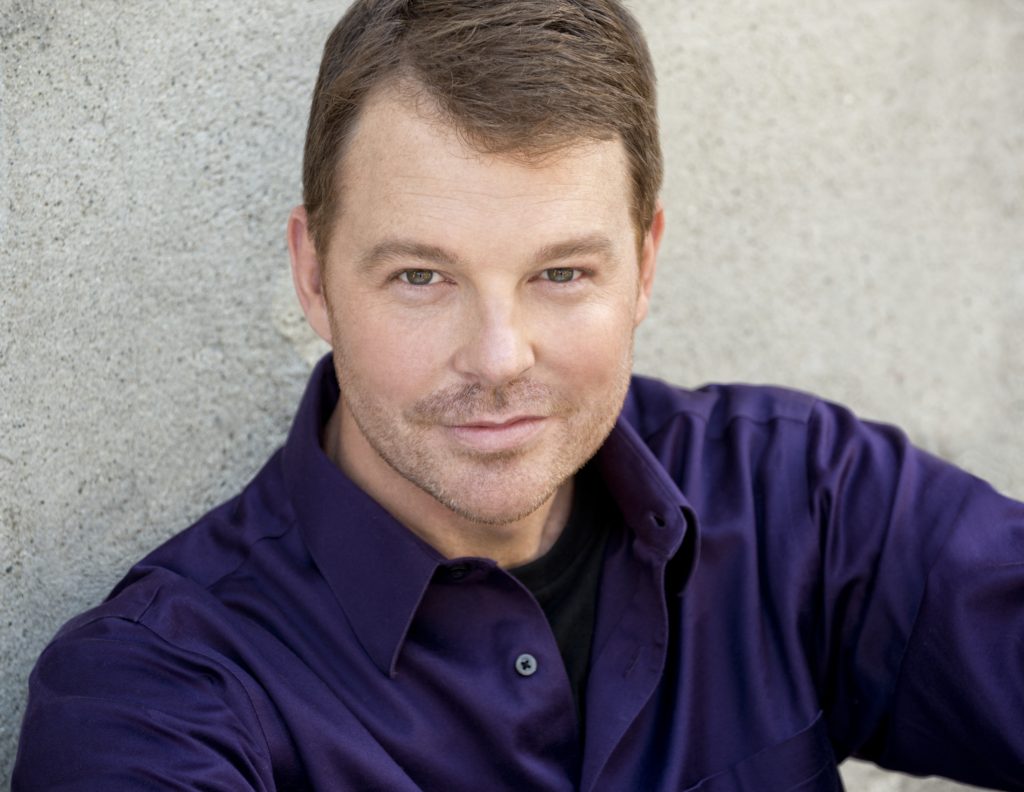 DOUG BOWEN-FLYNN* (Kelly) is excited to be returning to Gloucester Stage Company after doing To Kill a Mockingbird in 2017. His other regional credits include Boston Children’s Theatre’s Reflection of a Rock Lobster (IRNE Winner Best New Play) and To Kill a Mockingbird, American Repertory Theatre’s We Won’t Pay! We Won’t Pay! and Three Farces and a Funeral, Commonwealth Shakespeare Company’s Henry V and Macbeth, Lyric Stage Company’s Book of Days, Publick Theatre’s Troilus and Cressida, New Repertory Theatre’s Romeo and Juliet, and Company One’s The Overwhelming. Film and television credits include Detroit, Clear History, The Invention of Lying, The Maiden Heist, Mystic River, and The War that Made America. He holds a BA in Communications from University of Puget Sound, a Masters Certificate from the Moscow Art Theatre, and a Masters Degree from Harvard University. He is extremely grateful for the loving support of Jen and Sawyer. 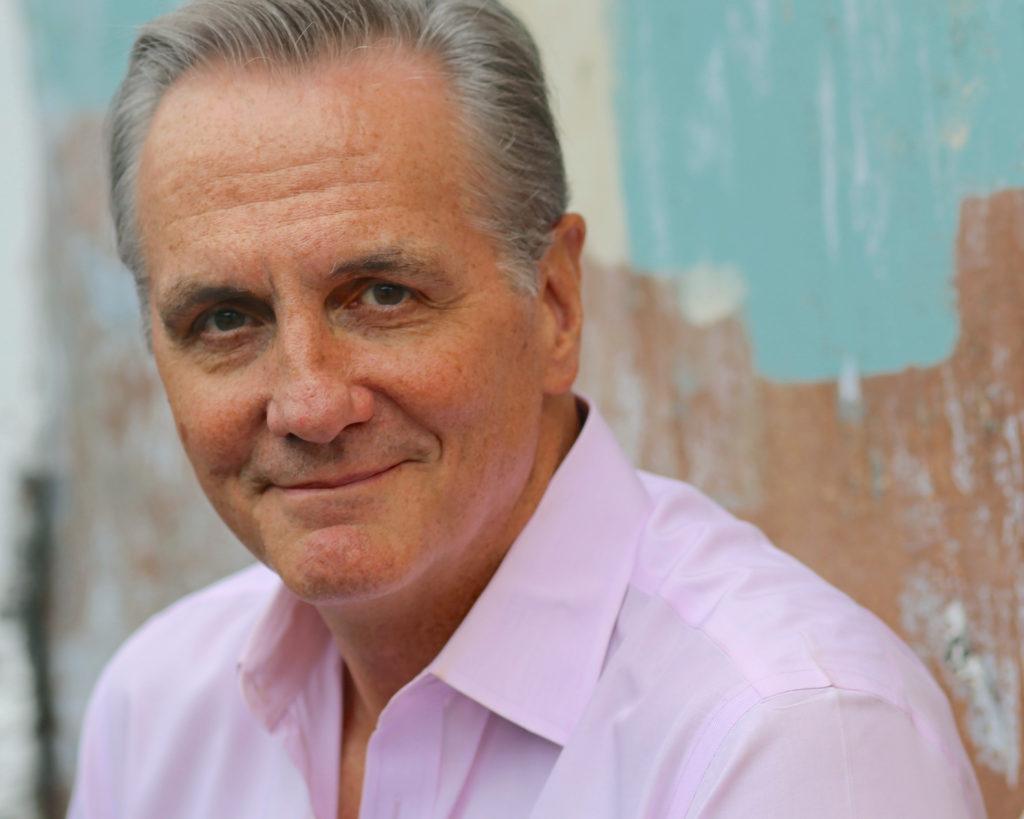 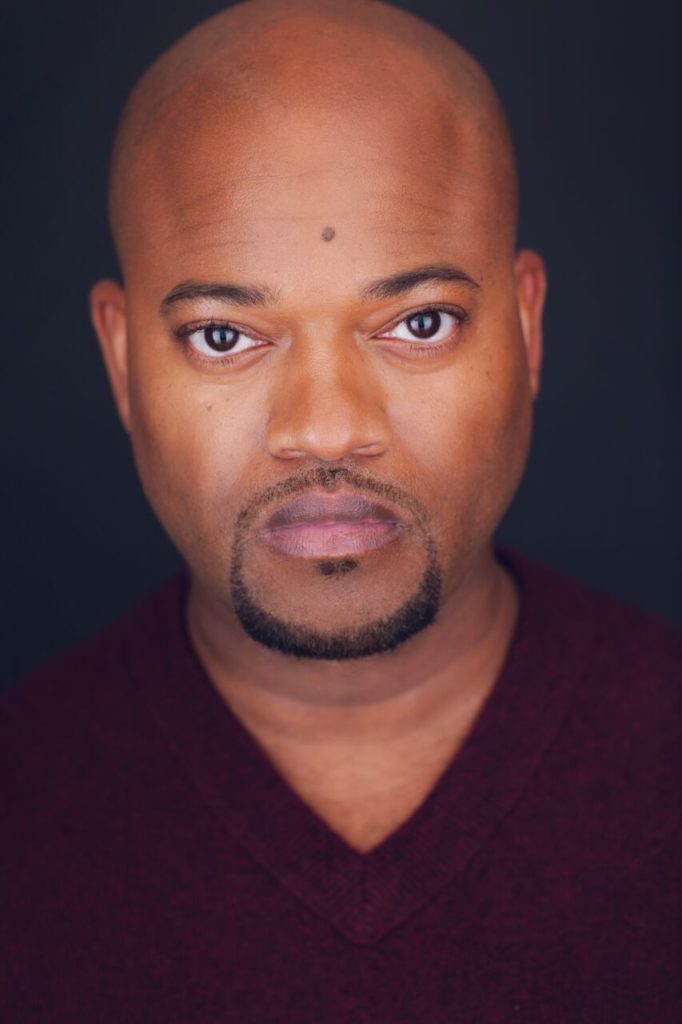 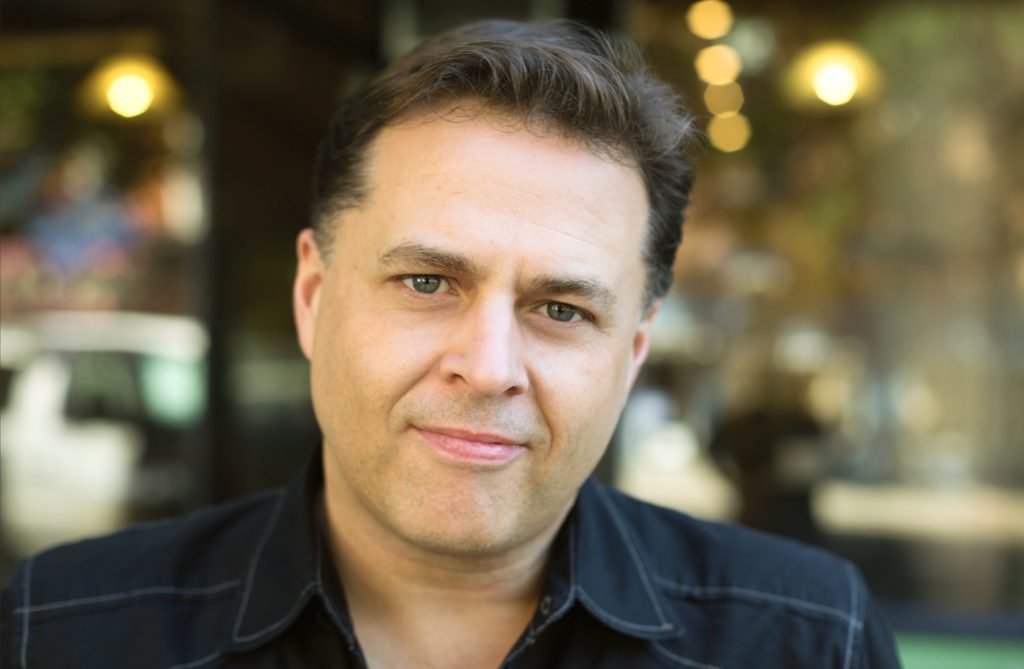 JOSEPH DISCHER (Director) is excited to be directing his fifth production of Ben Butler, this time at Gloucester Stage. He directed the world premiere at New Jersey Repertory Company, as well as productions at Majestic Theatre, Barrington Stage, and the off-Broadway premiere. Other off-Broadway credits: Vilna by Ira Fuchs featuring Mark Jacoby and The Violin starring Robert LuPone. Regionally: My Name Is Asher Lev and A Moon for the Misbegotten (Playhouse on Park). Shakespeare Theatre of New Jersey: Charley’s Aunt, A Child’s Christmas in Wales, The Diary of Anne Frank, Wittenberg, Our Town, Henry IV: Part One, To Kill A Mockingbird, Arms and the Man, The Grapes of Wrath, The Tempest, Amadeus, Galileo, Of Mice and Men, The Fantasticks, Twelfth Night, Scapin, Much Ado About Nothing, The Complete Works of William Shakespeare (abridged). Florida Studio Theatre: One Man Two Guvnors. Theatreworks: The Weir, Red, and As You Like It. The Shakespeare Festival of St. Louis: Julius Caesar. (www.joedischer.com)

RICHARD STRAND (Playwright) Richard Strand wrote his first play in 1976, a one act entitled Harry and Sylvia. That play won two national awards, was published by Hunter Press and a full length version of that same play, entitled Clown, premiered at Victory Gardens Theater in Chicago. Since that time he has had premieres at GeVa Theatre, Steppenwolf Theatre, Performance Network, New Jersey Repertory Company, Detroit Repertory Theatre, The Z Collective and a number of other venues. His plays are published by Samuel French, Dramatists Play Service and Applause Books. Two of his plays, The Bug and The Death of Zukasky premiered at The Humana Festival at Actors Theatre of Louisville. The Bug has been translated into German, Italian, French, Greek, and Spanish. His more recent play Butler premiered at New Jersey Repertory and opened off-Broadway at 59E59. Mr. Strand currently lives in California with his wife, Mary Lynn. He is a professor, technical director and set designer at Mt. San Antonio College where he teaches Stagecraft, History of Theater and Playwriting.

MADISON COOK-HINES (Assistant Director, Apprentice) just graduated from the University of Rhode Island with a Theatre BFA in Directing and Stage Management. During her senior year, she received a grant to research, write, direct, design, build, manage, and produce Daughters of Lavinia, a puppet-filled play that uses Lavinia from Titus Andronicus to tell the story of Elizabeth Cady Stanton and the Women’s Suffrage Movement. Madison also spent the year as a TA for the Sophomore Acting Class, a job she’ll miss dearly. Her favorite on-stage role (at URI and of all time) was playing the Provost in Measure for Measure. She adores making the most out of the littlest characters. But a close second favorite was performing in The Wolves. Madison is over the moon to be jumping in at Gloucester Stage and can’t wait to learn something different from everyone. She hasn’t had spare time in several years, but if she did, she might go hiking.

LAUREN CORCUERA (Prop Master) is excitedly returning to Gloucester Stage after her work this season on Barefoot in the Park, and last season on the Agitators. She has worked in the Greater Boston area as prop master, scenic charge, wardrobe tech, and stitcher. Top prop credits include: Cabaret (Moonbox), Noire Hamlet (CentAstage), Circle Mirror Transformation (Brandeis University), and Breath and Imagination (Lyric Stage).

GREGORY TROCHIL (Scenic Design) Ben Butler is Greg’s first production with Gloucester Stage Company. The Majestic Theater in West Springfield, MA has been his design home for many years with over 70 production designs. He has also designed for New Century Theater in Northampton, MA, haunted houses and attractions for Six Flags in Agawam, MA and The Great Escape and Darian Lake in New York. Greg has also been a theater educator in Massachusetts and Wisconsin.

JENNA WORDEN (Stage Manager) returns for her fifth season with Gloucester Stage Company where she has worked as both a stage manager and props master. Favorite stage management credits with GSC include The Agitators, To Kill a Mockingbird, The Totalitarians, and Out of Sterno. In addition, Jenna has worked with Commonwealth Shakespeare Company (Birdy, Universe Rushing Apart, Richard III, Death and the Maiden, Our American Hamlet), WGBH (A Christmas Celtic Sojourn), Phoenix Theatre, and Childsplay AZ. She earned both her BA in Theatre Studies and BSEd in History from Northern Arizona University. Proud member of Actors’ Equity Association.

†Represented by United Scenic Artists, Local USA-829 of the IATSE

Ben Butler: Behind the Scenes